If only Abbas, Netanyahu, Obama and Blair did stand-up... 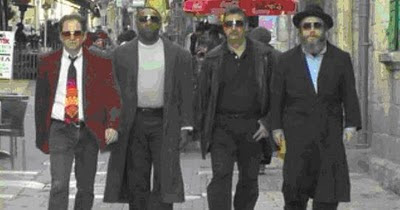 An Israeli advocacy group has warned college presidents around the United States that they may be subject to civil and criminal liability, including “massive damages,” if they do not take necessary measures to ensure the educational rights and safety of their Jewish and Israeli students, reports The Jerusalem Post. Shurat HaDin (the Israel Law Center) sent letters to more than 150 college presidents because of “an alarming number of incidents of harassment and hate crimes against Jewish and Israeli students on U.S. college campuses,” the center’s lawyer, Nitsana Darshan-Leitner, told the newspaper.

The letters advise the presidents that they have a legal obligation to prevent harassment and anti-Semitism and have a duty to reasonably prevent university funds from being diverted to unlawful activities directed against the state of Israel.

The U.S. Education Department’s Office for Civil Rights said last year it would step up efforts to protect Jewish students. This year it started an investigation into anti-Semitism at the University of California at Santa Cruz.