BASIC LAW: ISRAEL - THE NATIONAL STATE OF THE JEWISH PEOPLE
(Decision of the Israeli Cabinet, November 23, 2014) 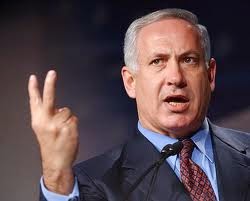 The Cabinet discussed three versions of draft Basic Law: Israel – the National State of the Jewish People, that of MK Zeev Elkin, of MK Ayelet Shaked and MK Yariv Levin, and of MK Robert Ilatov.
The Cabinet decided to support Prime Minister Netanyahu's draft principles (see attached annex below).
The Cabinet decided to support, in preliminary Knesset discussion, the aforementioned three draft versions on condition that their sponsoring MKs agree that their draft versions would be attached to the Government version to be presented by Prime Minister Netanyahu, which will be formulated on the basis of the principles detailed in the annex below, and will be adapted to it. The Government draft will be formulated in coordination with Attorney General Yehuda Weinstein.
Annex of Principles
I. Objective
Defining the State of Israel as the national state of the Jewish People, and anchoring the values of the State of Israel as a Jewish and democratic state in the spirit of the principles of the Declaration of Independence.
II. Basic principles
The Land of Israel is the historic homeland of the Jewish People and the place of the establishment of the State of Israel.
The State of Israel is the national home of the Jewish People in which the Jewish People realizes its right to self-determination in accordance with its cultural and historic heritage.
The right to realize national self-determination in the State of Israel is unique to the Jewish People.
The State of Israel is democratic, based on the foundations of freedom, justice and peace in light of the visions of the prophets of Israel, and upholds the individual rights of all its citizens according to law.
III. Symbols of the State
The national anthem is Hatikvah.
The national flag is white with two sky-blue stripes close to the margins and a sky-blue Star of David in the center.
The national emblem is a seven-branched menorah with two olive branches at its sides and the word 'Israel' below.
IV. Return
All Jews are eligible to immigrate to the country and receive citizenship of the state according to law.
V. Ingathering of the Exiles and Strengthening Links with the Jewish People in the Diaspora
The State will act to gather the exiles of the Jewish People and strengthen links between Israel and Jewish communities in the Diaspora.
VI. Assistance to Jews in Distress
The State will act to assist Jews in distress and in captivity due to their being Jews.
VII. Heritage
The State will act to preserve the historical and cultural heritage and tradition of the Jewish People and to enshrine and cultivate it in the country and in the Diaspora.
All educational institutions that serve the Jewish public in the country will teach the history, heritage and tradition of the Jewish People.
The State will act to enable all residents of Israel, regardless of religion, race or nationality, to preserve their culture, heritage, language and identity.
VIII. Official Calendar
The Hebrew calendar is the official calendar of the State.
IX. Independence Day and Remembrance Day
Independence Day is the national holiday of the State.
Remembrance Day for the Fallen of Israel's Wars and Holocaust Heroes and Martyrs Remembrance Day are the official remembrance days of the State.
X. Public holidays
The regular public holidays of the State of Israel are the Sabbath and the Jewish holidays on which no worker shall be employed except under conditions to be defined by law; members of recognized faiths shall be entitled to rest on their Sabbaths and holidays.
XI. Jewish Law
Jewish law shall serve as a source of inspiration for the Knesset
If a court shall consider a legal question that requires a decision and not find an answer in legislation, precedent or clear inference, it shall render a decision in light of the principles of freedom, justice, fairness and peace of the heritage of Israel.
XII. Maintaining the Holy Places
The Holy Places shall be guarded against desecration, any other damage and against anything that is liable to infringe on freedom of access by worshippers to the places that are holy to them or on their feelings toward those places.
XIII. Infringement of rights
There shall be no infringement of rights according to the basic laws except by law that befits the values of the State of Israel, that is designed for a worthy purpose and which does not exceed that which is required.
XIV. Amendment
The basic law shall not be amended except by a basic law that is approved by a majority of MKs.


(Approved for support in the Knesset by the Israeli Cabinet, November 23, 2014)